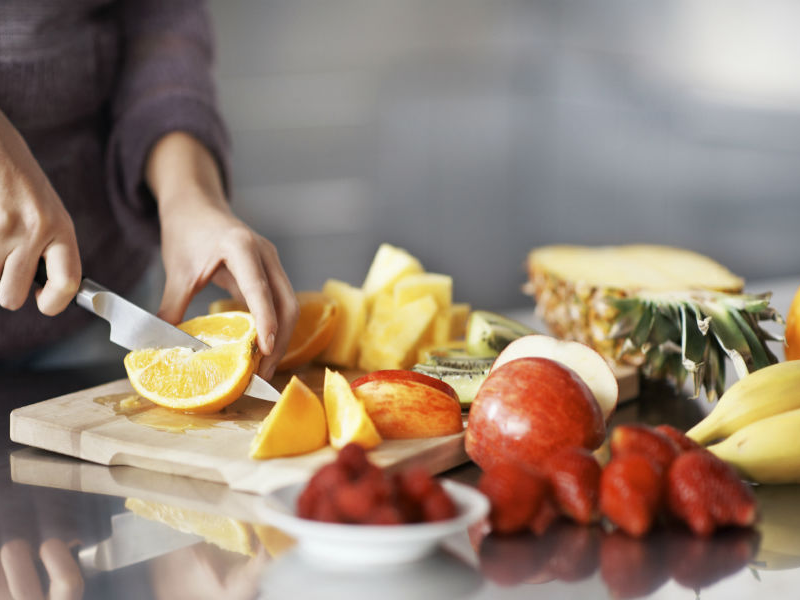 Remember the days when being on the receiving end of heart-healthy eating advice was about as much fun as a root canal? Say au revoir to those days, thanks to a new approach to heart health. A strict, low-fat dietary strategy for heart disease prevention is old news. Today’s emphasis is on a vibrant, flavorful diet that powers up on healthy fats, seasonal fruits and vegetables, whole grains, seafood, herbs, spices, and moderate alcohol consumption. There’s nothing frightful about that portrait of a diet. Maybe it’s time to take a look at the way you’re doling out heart-health advice and determine whether it needs a more palatable update.

“Our job is to make healthy food taste good. People can learn to prepare healthy food in a delicious way. I hope dietitians are still not simply doing the ‘foods to avoid’ list. We should be talking about healthy food being really delicious and about how to prepare and enjoy these foods. Taste is No. 1. It wins out over nutrition every day,” says Janice Newell Bissex, MS, RD, a nutrition consultant, a speaker, and the coauthor of The Moms’ Guide to Meal Makeovers: Improving the Way Your Family Eats, One Meal at a Time!

Thankfully, many nutrition professionals are helping dispel the notion that a heart-healthy diet is a grim voyage into a buffet of broiled white fish fillets and flavorless steamed vegetables. There’s a whole world of healthy eating out there that celebrates flavor as much as it does nutrition. Celebrity chefs are doing a great job of promoting lighter, more healthful cuisine that honors seasonal produce, seafood, whole grains, herbs, spices, and olive oil. And dietitians are right there beside them, promoting the brighter side of heart-healthy eating. From those working in the media and food industry to those counseling patients in clinics and corporate wellness programs, dietitians’ focus is on delicious food that happens to be healthy.

“There are many dietitians working hard to get the message out that making better, heart-healthy food choices can be delicious,” says Brenda Ponichtera, RD, author of Quick & Healthy Recipes and Ideas: For People Who Say They Don’t Have Time to Cook Healthy Meals. “We are stressing good fats today, such as nuts, avocados, olive oil, and canola oil. It is a very individual matter because it depends on their weight, activity, and how many calories they can handle.”

A Mediterranean Approach to Heart Health

The traditional Mediterranean diet, with its emphasis on vegetables, legumes, fruits, whole grains, fish, nuts, seeds, monounsaturated fats, and moderate alcohol consumption and its low meat, dairy, and saturated fat intake, has made a tasty impression on the current rationale for heart-healthy eating. This cultural culinary style yields flavorful foods that offer increased satiety, primarily due to the use of monounsaturated fats such as olive oil and high fiber intake through its emphasis on plant foods. The scientific support for this lifestyle began more than 50 years ago, when Ancel Keys, PhD, published results confirming a relationship between the dietary pattern in the Mediterranean and coronary risk factors. Since then, the research supporting eating a la Mediterranean has been flowing in.

The famous Seven Countries Study surveyed more than 12,700 men in 16 cohorts from seven different countries from 1958 to 1964. The study, published in 1970, was the first of its kind on many fronts: It was the first to compare heart disease among populations from different cultures, link high serum cholesterol levels to high coronary heart disease mortality, relate total dietary fat intake (specifically saturated fat intake) to the risk of heart disease, and point out that dietary and lifestyle patterns may influence cholesterol levels and coronary heart disease rates. The study also revealed that Northern Europeans were five times more likely to die from heart disease than people from southern Mediterranean countries. The Lyon Diet Heart Study came along in 2001 with strong evidence that people eating a Mediterranean diet had a 50% to 70% lower risk of repeat heart attacks compared with people eating a Western diet.

Recent studies continue to support the Mediterranean diet’s role in CVD risk reduction. In a 2008 BMJ meta-analysis, researchers from the University of Florence evaluated 12 studies with more than 1.5 million participants, tracking dietary habits and health for three to 18 years. Those who followed a Mediterranean diet experienced a 9% decrease in CVD mortality. A 2008 review published in the Journal of the American Dietetic Association that examined the relationship between diet and CVD discovered that adherence to a Mediterranean diet lowered the risk of cardiovascular events in certain populations.

In people with high CVD risk, according to a 2007 study published in the Archives of Internal Medicine, patterning the diet after a Mediterranean style of eating showed significant reductions in cellular lipid levels and LDL oxidation compared with a low-fat diet. At Health.com they note that the European Prospective Investigation into Cancer and Nutrition-Elderly study, which was published in the European Journal of Epidemiology in 2007, found when examining the six-year dietary patterns of more than 2,500 people older than the age of 50 with a previous history of myocardial infarction that a Mediterranean-type diet lowered overall mortality by 18%.

When you take a deeper look at the Mediterranean diet, it is similar to other dietary recommendations, such as the American Heart Association (AHA) and Dietary Approaches to Stop Hypertension guidelines. The AHA reports that the Mediterranean diet is often close to AHA dietary recommendations but is higher in monounsaturated fat intake, primarily through olive oil; thus, there is concern for increased risk of obesity. Many dietitians are finding a Mediterranean diet approach to eating that reinforces moderation in monounsaturated fat intake to be an easy way to encourage heart-healthy eating change.

Get Them Cooking for Heart-Healthy Flair

There’s a big roadblock to getting people to feast on delicious, heart-healthy cuisine because many have forsaken their kitchens in lieu of convenience and take-out foods, where healthy fare is often elusive. Today.com says that it’s important to get people cooking to achieve a heart-healthy lifestyle, says Ponichtera. “People are not cooking at home. They are spending more money on prepared foods and fast foods. Planning is a huge issue to get people on the right track. People don’t know where to begin. It’s a big stumbling block because their parents may have never planned and didn’t teach them to plan,” says Ponichtera, who includes 20 weeks of easy dinner menus with grocery lists in her book.

Dietitians can be key in reversing the exodus from the kitchen by weaving practical culinary education into their lessons. “Dietitians need to take it to a basic level. They need to give clients recipes, menus, grocery lists, and advice on products that you recommend so that the whole family can eat healthy. Kids aren’t learning this because they don’t get it at home, and many schools have taken out home economics,” adds Ponichtera.

“Give them fast, healthy, simple recipes and spend time teaching people how to pump up nutrition by teaching them how to cook. The culinary knowledge of most people is pretty basic. If you’re giving them recommendations about what to eat and they don’t know how to cook it, it’s a problem. You need to say, ‘Here are five of my favorite recipes that are easy and affordable.’ So many people are intimidated about healthy eating because they don’t know how to cook,” says Bissex, who suggests RDs provide people with practical examples of how to turn healthy, tasty ingredients into meals. One of the examples she offers is starting with frozen, precooked shrimp and stir-frying it with rice, fresh prepared vegetables from the produce section, a little oil, and some low-sodium teriyaki sauce as a healthy meal families can rely on.

And don’t stop there. Give people ideas about freezing leftovers for a second healthy meal later in the week. Look at their favorite dishes and see how you can give them makeovers. Bissex suggests that dietitians offer up a few of their favorite culinary health tips, such as using omega-3-enriched eggs, including canola oil in baking, substituting one half of the white flour in a recipe with whole wheat, and stirring ground flaxseeds into dishes.